A complete list of the interfaces behind the TV \ TV box

We can see many different types of interfaces on the TV / TV box, so what are the differences between these interfaces? What is the function of each interface? The amlogic TV box supplieranswers patiently for everyone today.

This is the preferred interface for almost all next-generation playback devices and supports 1080P display. The HDMI high-definition multimedia interface is an all-digital video and audio transmission interface that can transmit uncompressed audio and video signals. The HDMI interface can provide data transmission bandwidth up to 5Gbps, which can transmit uncompressed audio signals and high-resolution video signals. At the same time, there is no need to perform digital-to-analog or analog-to-digital conversion before signal transmission, which can ensure the highest quality video and audio signal transmission. With the popularization of high-definition players and Blu-ray players, HDMI has become a necessary interface for TV sets and LCD allwinner TV boxes, making large-screen entertainment more convenient in family life. The current commonly used version of HDMI wiring is HDMI 2.0.

I believe everyone is familiar with the USB interface. After all, this interface is still very common on computers. The USB interface first appeared on the PC, and the frequency of use has been very high, but it has been on the TV for nearly a year. This interface mainly serves the TV's streaming media function, which means that the TV can read directly through the USB interface. Take the video, music, text and other files on the mobile storage device to expand the function of the TV, and some TVs can upgrade the TV through the USB interface. At present, the USB interface on the TV / rockchip android TV box is mainly used to connect U disks, mobile hard disk light storage devices, and sometimes used to connect mouse and keyboard control devices. At present, USB interfaces are commonly known as USB 2.0 and USB 3.0. The transfer rate of USB 3.0 is about ten times that of USB 2.0. At the same time, the color of the USB 3.0 interface is blue and the color of USB 2.0 is white. 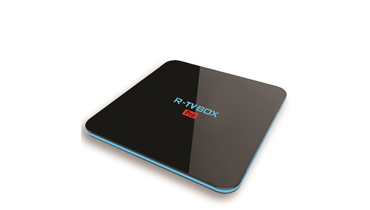 Previous: What should I do if there is no sound from the TV box?

Next: Learn to maintain smart TV boxes and effectively extend their service life--software