Many newcomers buy boxes for the first time. They don’t know what brand is good or what model to buy. And there are always some black-hearted manufacturers in the market. They don't want to improve their products, but make money through so-called shortcuts. TV box supermarket wholesalers to share with you the two major shady TV market!

Shady one: falsely report the configuration, and charge it once.

As far as the current public habits are concerned, most users prefer to compare configuration parameters when choosing a TV box. Many businesses also seize the user's psychology, and some will falsely configure, or choose inferior configuration materials to flicker consumers, especially some treasures, boxes of tens of dollars are known as 8G memory 64G flash memory. Dear friends, if you think about a memory module now, it costs tens of dollars. Where can the quality of such a bargain box go? After this kind of box is in hand, the system optimization is not enough, or the software and hardware are not optimized.

My friends have used this kind of box before, often being installed by software to sneak away traffic, steal memory, and use it for a while to get stuck. So I remind you that for every penny you get, when you see a TV box with low price and high configuration, it is best to read the word of mouth online, after all, word of mouth can't be done overnight.

Although the TV box is not expensive and you do n’t have to worry about throwing in a new one when the hardware ca n’t keep up, you still have to buy as high a configuration as possible. What is high configuration mainly depends on the processor, memory and flash memory. The processors commonly used in TV boxes now include Hisilicon 3798MV200 / 3798CV200, Amlogic S905 / S912, Rockchip RK3368, etc. It is hard to say how powerful, but the system's smoothness and decoding performance can be guaranteed.

If a box is not marked with the specific model of the processor, it is best not to buy such a box. In addition, 2GB of memory is necessary, and the storage space is at least 8GB, and preferably 16GB. 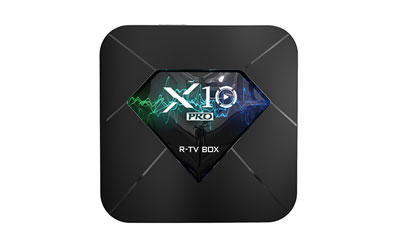 Undercover II: There are many advertisements that affect viewing.

Start-up ads, pop-up ads, pause ads-The profit from advertising sales is far greater than the profit from hardware. In order to make more profits, many TV box merchants will forcibly place a lot of TV ads on the box. Of course, the most annoying thing for us as users is advertising. As soon as you start the machine, you must force to watch an advertisement for more than 30 seconds, and various promotional advertisements will pop up every time you pause, which is not annoying.

Therefore, amlogic TV box supplier thinks, when choosing a box, try to choose a box with less advertising, and the viewing experience should not be too much. Xiaomi Box and Tmall Box are big brands, but they are "advertising machines" in TV boxes. Huawei boxes are relatively better.

The small box can make the TV more and more useful. The premise is to buy the right one. Avoid the two pits mentioned above. Try to choose manufacturers with good reputation, guaranteed brand strength, and perfect a

Next: The Small And Beautiful Function that Comes With The Tv Box