Video is the Internet of TV?

Among all kinds of information carriers, video, with its rich expressive force, is more in line with human information receiving habits than text and pictures. With the improvement of network bandwidth, video compression technology and other basic technical conditions, video is becoming the most common form of expression in all kinds of media. Even print media and outdoor media, video is being introduced by touching the screen in various ways. At the same time, a variety of receiving terminals with screens keep emerging, video is also breaking through the original channel and terminal restrictions, becoming ubiquitous, video cross-screen communication has become the normal.

Data show that the total scale of video users in TV, PC, mobile, outdoor, film and other channels has reached at least 2 billion person-times. Behind such a huge user scale, there must be fierce market competition, which further aggravates the reform of media industry. Its production, communication and business model are all in a changing situation. Under the background of video, the decline of traditional TV and the rise of video new media are becoming the new normal. At this time, what is the value of traditional TV? Is video dominated by Internet companies? How to re-evaluate the media value of video? All sorts of questions are worth thinking about. 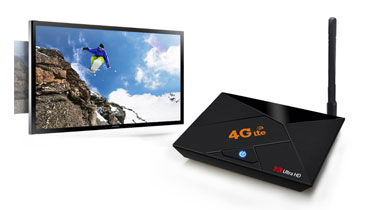 Video, how far have we gone?

Video generalizes the transformation of media in an all-round way. Video, today is not just television and video games, whether it is involved in the role, transmission channels, or production methods, forms and business model, are no longer content and program can cover, different roles are starting from their own, in order to meet the "video is ubiquitous" this change makes the corresponding adjustment.

In the past ten years, radio and television in the video road has gone far. From the multi-channel coverage of content to the establishment of the Internet television system, from the free dissemination of content on the Internet to the sale of copyright to broadcast alone, facing the impact of the Internet, radio and television has both defense and attack. Video network has become an important role in video field from the beginning to the end. It has cultivated new viewing behaviors such as watching video and multi-screen viewing on mobile phone and flat screen TV at any time and anywhere. It has also entered the home TV market, the home TV market through Internet TV, subverting the pattern of video industry.

In addition to TV stations and video websites, the rapid development of video also allows more industries that have nothing to do with video to join it, such as print media, outdoor media, social networking, e-commerce, hardware manufacturers and so on. Especially with the rise of Internet TV, video has become a gladiatorial arena where all kinds of industrial roles can participate. 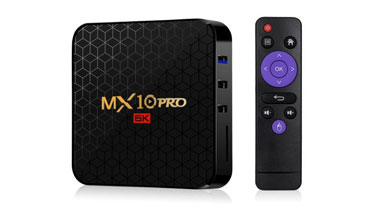 So many characters are involved in video in such a variety of forms, which will inevitably bring profound changes to video industry. First of all, video transmission channels have become extremely abundant from lack. Terminals with screens are ubiquitous, and video has become ubiquitous. At the same time, the production mode of video is also deconstructed. Apart from professional producers such as TV stations and production companies, individuals also become an important source of video. Based on huge individual producers, a number of professional photographers and studios are born. In addition, video form more diverse, can live video, also can on demand, back to see, more can combine social, electricity, which also gave rise to the advertisement is more business model, such as: video website copyright wars with hot content and show the copyright trade, content change boom makes adapting copyright has become an important source of income novels, games and other industries, and the combination of video and electricity further make video direct carrier of the merchandise sales, generate sales revenue sharing.

Therefore, today's video is far from a simple way to see movies, TV series, programs and news anytime and anywhere. Video industry has a large number of participating roles, and the interest demands of each role are different, which brings about the reform of the whole industry from production mode, communication channel to business model. Under the ubiquitous video background, the videoization process is a process in which various media reclassify their spheres of influence according to their own advantages. Whoever can delimit a larger sphere of influence will win. But when it comes to territory, it seems that Internet companies are better at it.

We supply 2019 popular Android TV box wholesale for sale, welcome to contact us.

Previous: How does the TV box connect to the TV?