Questions About Tv Boxes (On)

During the epidemic, TV has become a new favorite of people. According to the data provided by Aowei Cloud, everyone's watching TV is increasing. During the Spring Festival of 2020, the smart TV startup rate will increase by 11.1% than usual. Among the traditional 7-day vacations, the proportion of households with 7 consecutive days of continuous startup was higher than 12.4% in the same period last year, and in the extended 3-day vacation, 43% of households with 10 consecutive days of continuous startup. As a result, the demand for TV boxes has also increased a lot. However, for many friends, there will still be some problems in the selection and use of TV boxes. The 4k 2G Amlogic TV chassis supplier to share with you.

What should I pay attention to when buying a TV box?

When buying a TV box, many people buy it without a brain. At first, the same is true of the author, but after a few failed shopping experiences, the following points are summarized for friends who need to buy a box: 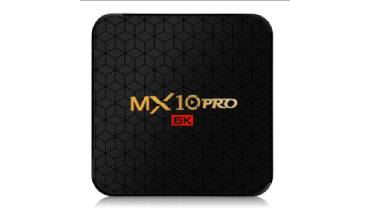 TV box we must first consider its fluency, interactive experience, etc., and the system has a deep impact on it, so when buying a box, we must first pay attention to the use of a stable and mature Android system box.

At present, the Internet TV box system on the market mainly uses the Android system, but there are also many TV boxes that use the system developed by themselves. Generally speaking, the technical level of the Android system is relatively mature, both in terms of installation software compatibility and stability of operation.

This is relatively simple for ordinary consumers to choose, such as Xiaomi, Tencent and other companies launched TV boxes are Android systems.

2. Pay attention to the interface

Many novices ignore the problem of the interface when purchasing allwinner tv box. They think that the interface of the TV box is the same, and it has little effect on the use. In fact, this view is wrong, because some TV boxes are Doing "castration", such as no AV cable, no network cable interface, etc., which may cause problems for users.

When we buy the box, we have to choose according to our own TV situation. For example, some older TVs support what kind of transmission line, and users who need to use the network cable should also pay attention to whether the network cable interface is complete.

Many friends think that only computers pay attention to heat dissipation, but like routers we introduced a few days ago, many electronic products need to pay attention to this problem, and TV boxes are no exception, and this is very important.

The heat dissipation performance of the TV box is also very important. Products with good heat dissipation performance can avoid the loss of components inside the box, thereby extending the service life. At the same time, it also has a certain impact on the running speed of the box. Will slow down the operating system. Therefore, everyone should pay attention to the cooling hole design of the TV box itself when buying.

4, how to choose the configuration

Like mobile phones and computers, TV boxes also have chips, memory, hard disks, etc. At present, the more mainstream chip brands on the market are Quanzhi Allwinner, Jingchen Amlogic, Rockchips, Hisilicon, etc., basically CPU And the memory determines whether the box is smooth, and the storage space is too small will affect the experience. After all, the system still takes up some space, and the space for the user to install the software is even smaller, so it is recommended that everyone start with a minimum of 8GB.

Although the configuration of the TV box is not updated every year like a mobile phone, choosing a well-configured box can ensure that users can watch smoothly in the next few years, otherwise it is prone to annoyances such as freezes, system crashes, etc. The problem.

At present, there is a phenomenon in most TV boxes and TVs on the market, that is, the boot-up advertisement. Although it is only ten seconds, the user experience is still very poor. Therefore, consumers are in every day I tried to find a way to eliminate TV commercials on the Internet, but it was always repaired by manufacturers. This play of wisdom and wisdom has greatly affected the enthusiasm of users and wasted everyone's precious time. So when buying a TV box, there should be important considerations whether there is any advertisement.

Previous: Questions about Tv Boxes (Below)

Next: Smart TV | TV Box | These Features Of TV Box Are Amazing!